Posted on June 4, 2011 by workaholicvarun 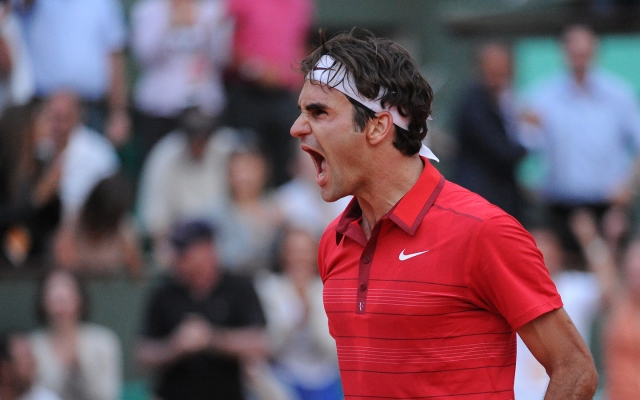 Roger, who finished the match with the 18th ace of the match, stood there and displayed the ever-green and universal truth revolving the “LEGEND” phenomena !

The semi-final clash that went past 3 hours, could very well be compared to a block-buster movie that has a twist in the end. The cast being the Legendary Roger and the cheeky Djoker.

Long ago there lived a very hard-working athlete, made of grace. So graceful was his game that the audiences went bedazzled by his charm. While returning a serve, his eyes are fixed to the ball and his racquet keeps spinning in his palms. So natural was his technique of returning the serve, that one could never realize when the racquet stopped spinning casually and bang, the ball was in the opponent’s court. While shooting an ace, one often wondered if it was an ace making machine! He kept winning many contests till the point where his winning a title no longer made news. Then came a phase, a midlife crisis, part and parcel of every legend’s career. This phase was a heart breaker not only to his admirers, but to the game itself!

Not so long ago emerged a funny athlete, made of power. There is nothing more to write about him.

So when the Legend clashed with Djoker, strong electric rays flew just like Harry Potter’s clash with the Dark-lord…. let me cut to the chase. What worked for Roger in this game were his back-hand returns. All his opponents by now have learnt the secret that his back-hand was the weaker shot. This became more evident ever since his loss in 2010 French Open. Federer got more than 25 break points in this match and he had converted 5. His first serve, which was most crucial, helped him big time. With Nadal or
Djoker it is very difficult to win a long rally. The genius understood this well and revised him game accordingly. Although one must accept Roger won quite a few long rallies too.

We are lucky to have witnessed the Renaissance era of Roger. And of-course, thanks Djoker for the comic relief, you complete the 9-emotions of a true drama!

This entry was posted in Tennis review. Bookmark the permalink.