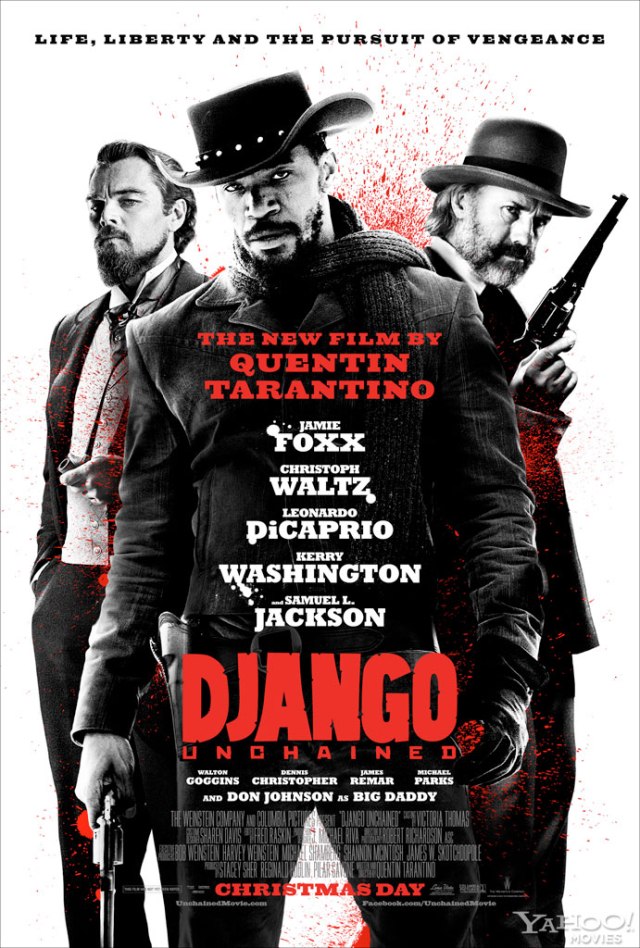 It is quite unfortunate that the most eagerly awaited movie of 2012 released only in 2013 in India! That too when one types Django in YOUTUBE you get suggestions of ‘Django full movie’. But still one needs to watch this movie in the theaters to taste the dish called Freedom! I waited till tonight to get surprised and thrilled by Django on the big screen!

Have you experienced Freedom? Have you persuaded Freedom at all cost? Well at least my generation is lucky enough to have been born with the right to Freedom. However we still continue to have modern forms of slavery. Financial slavery could be one of them. Discrimination based on caste/ religion/ power is one of them. Material slavery is another one. Flesh trade still exists.

Every time you watch a Tarantino movie, you walk out of the theater and think how can I change the world, within my own premise. Well that’s a feeling guaranteed only by Tarantino! He writes unforgettable characters, he makes them larger than life, he emphasizes on sound-tracks that blend with the situation of the movie (I am listening to them while I am writing this review), he experiments and highlights violence, he shows pain in its raw-est form. All this in a new form. Watch the scene where Mr. Candie cuts open an african-human skull and explains the regions of submissiveness. That’s Research ! Or the scene where dogs tear apart a slave. That’s dare! Or the scene where two blacks fight till death. That’s pushing the bar! That camera closing up to the faces when situations get intense. That’s Trademark Tarantino! His movies give you a High, no matter how many times you watch them over and over!

Christoph waltz’s character of the egoistic bounty hunter stands out and is totally worthy of an academy award. The “shake-hand” conversation is totally new and filled with twists! Credit also goes to Leonardo Di Caprio to have made that scene so memorable.

Leonardo Di Caprio shines in the negative character as Mr. Candie. But its Samuel Jackson who gets to bite your bottom as the bad ass sadist african yet white man kind of mentality. You will enjoy the scene where Django shoots him down!

Here’s to the repeat watching of the movie and all those whistles when bodies drop dead! Are you seriously expecting a rating for a TARANTINO’s movie?

This entry was posted in Movie Review and tagged christoph waltz, Django. Bookmark the permalink.