(Quick rewind till now – We witnessed 3 passengers (Anaida, Akanksha and Anand) discussed a terror threat article in a share cab but forget a bag in the cab. The bag which belonged to Anand contained explosive but Anaida and Akanksha end up getting hurt. While driving to the hospital, the cab driver gets a call on his mobile and the voice sounded familiar, “Did the two women survive the blast?”)

“Tipsy where are you. Come on its time for your everyday stroll, else you will end up doing potty at home” says Anand. By now Tipsy would come running wagging his tail all excited to go out. But there was no sign of Tipsy.

“Ma, have you seen Tipsy?” Anand asks his mom. “Check under dad’s bed or under the sofa.” his mom replies casually. Anand first checks under his dad’s bed, still no sign. So he gets to the living room. He sees two well grown men with back packs and face masks sitting in the sofa along with Tipsy.

At first Anand thinks this is some prank but he quickly realizes the situation. And before he could move, the man squeezes tipsy’s face and turns it away. Within split seconds Tipsy falls to the ground. Anand has no time to react.

“We had to do this so that you won’t take our words lightly. We want you to listen to us very carefully.” said a man wearing a black face mask. The other one was wearing a yellow face mask. They were carrying big bags like the ones Amazon or Flipkart delivery boys would wear. So the apartment security would have thought they were delivering courier. Or they might have entered the premises by jumping over the compound wall from the east side where its lonely most of the time.

Anand is listening to them with fear and caution. The time struck 5 pm and he could see that his pet who was alive and vibrant for the last 8 years is lying motionless in his living room.

“We had to do this otherwise you will not understand our intensity and its after all a dog.” said the man wearing yellow mask. “Now tell us, are you expecting any further guests at this time? Who else stays with you in this house?” he further asked.

Anand gathered his voice and said “No we are not expecting anyone else. Just me, mom and dad.”

“Good. Now listen to us carefully. We want you to leave right now, take this small bag (he removed a small bag from one of his bigger bags) and reach Inorbit Mall before 7 pm. No tricks, no cops. Else we will first kill your parents and then will go on a killing rampage in the apartment. The metal detectors will not work today. Once you get through security, you will reach the food court, drop the bag there and come out. This way it will ensure there are maximum casualties. We will be watching the news. If the bomb does not go off in Inorbit Mall, we will kill your parents. Get back home once you are done.” said the man in the black mask.

Anand ensured his parents that he will return safely. He books a share cab. He is completely shocked. He is trying to think a way out of this situation. He cant go to Inorbit mall. He changes his destination to film-nagar. He thinks he will meet his friend there and discuss a solution out of this trap.

Immediately there is another booking for the cab. 2 women (Anaida and Akanksha) enter the cab. They keep talking for around 20 minutes and finally they inadvertently reveal that they are going to Inorbit mall. Almost like a chain reaction, Anand starts talking to them and tries to befriend them. What if the bag explodes before he enters the food court? He did not want to risk his life. He wants to give over the bag to the two women. So he comes up with a fake excuse.  Although this may sound selfish on his part, he was acting out of panic. He wanted to save his life first.

[Back to current time…]

I reply to Anand’s question “Yes they both are alive, I wont let them die!”

“But mark my words, even if these two women forgive you, I will never forgive nor will I forget your face!” 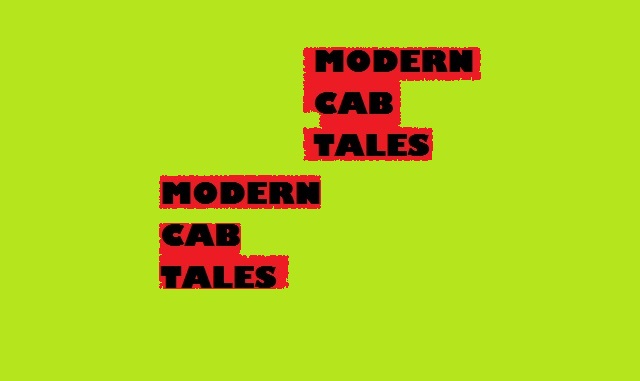