Posted on October 18, 2015 by workaholicvarun

The Movie opens in a car stuck in a traffic jam and we get to see the 3 protagonists giving gyan on why honking does not help when you are stuck in a jam. Also we get to hear Gogo (Kartik Aryan) lecturing Chauka (Sunny Singh) and Thakur (Omkar Kapoor) on how risky it is to drink and drive. These are the only lines that the director Luv Ranjan expresses on National interest related topic. Luv Ranjan is the epxert in relationships and especially women’s behavioural pyschology rather than matters of national interest. Pyaar Ka Punchnama was a proof of Luv’s knowledge in 2011. Now he is back after 4 years with his team of writers to reinforce this fact. Pyaar Ka Punchnama 2 does not disappoint. Infact it turns out to be bigger than the first movie. It is not connected to the first movie and yet with a slight deviation leaves a fresh image on screen.

Movie’s initial 15 – 20 minutes revolves either in bars or around protagonists sipping on a causal beer. This shoots a clear message that this movie is not to be taken too seriously and that it is targeted for the youth of this nation. Obviously the drinking age in Delhi is 25, so we are saying that the youth between 18 to 25 are just going to watch this movie as a movie and not be tempted to drink. Come on who are we kidding. Movie directors will tell you that they are only depicting what is happening in the society today. Well that is my slight introspection here. Lets move on to the review part!

The movie quickly moves into the phases where the men meet the women. Gogo meets his girl in a sitaution where Chiku (Nushrat Bharucha) gulps a quick mug of beer and tells him she might forget what he just said. Obviously! Chauka meets his girl Supriya (Sonali Sehgall) at a wedding in Meerut where she mentions that she will have her whisky with half water and half soda. Thankfully Thakur meets his girl Kusum (Ishita Raj) in a gym where she invites him over for dinner later that night. These are the initial happy phases of the movie where the men are blissfully ignorant of what the next 1 year is going to take them through.

The chemistry between the men as roommates is outstanding. These are no less than the Dil Chahta Hai type of frineds where one guy drives while the other two are drunk and one guy pays for dinner but does not expect the other two to payback etc. In such a thick friend circle when you introduce needy and demanding women, all hell breaks loose. However the friendship between the leading men stays intact till the end. That has always been the beauty of Pyaar ka punchnama movies.

The women in this movie are as dumb, mean, frustrating as they can get. But still they dont remind you of the characters in the first movie. One lady just cannot get over her childhood friend even after finding a loving boyfriend. One lady just cannot tell the truth to her parents about her boyfriend and keeps treating him as a friend while her parents use him like a domestic help. One lady is in just for the money and security although she keeps mentioning that she cannot accept money favours or gifts since its non negotiable for her.

What amazes me is that although this movie is very biased towards the men and highlights their suffering and shows women as the selfish creatures, the crowd in the theaters looked very balanced. The female audience were also laughing at the jokes whenever the male audience would burst into laughter. Applause to very good lines continues from the beginning of the movie to the interval block to the climax. The word climax reminds me of the Monologue that Gogo is infamous for. In the first movie his monologue goes on for 5 minutes, in the second movie his monologue goes on for 10 minues. Trust me this one is equally good and witty.

In the end the Men get a hold of themselves and dump their girls and realize that only mother’s love is unconditional. What a way to end the movie! 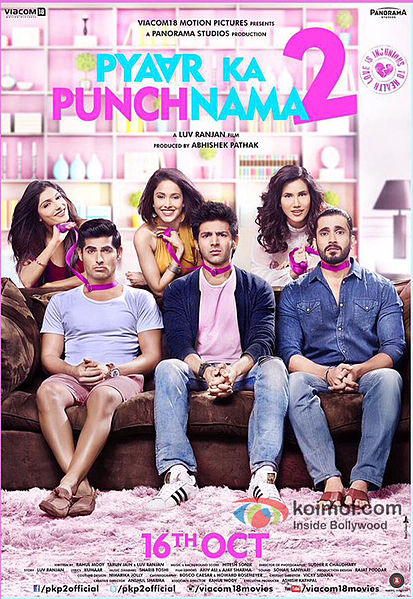